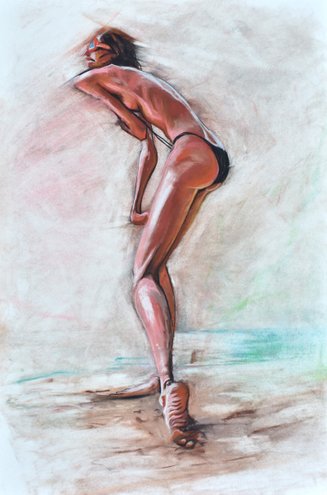 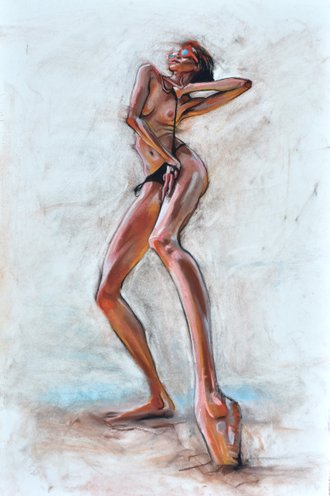 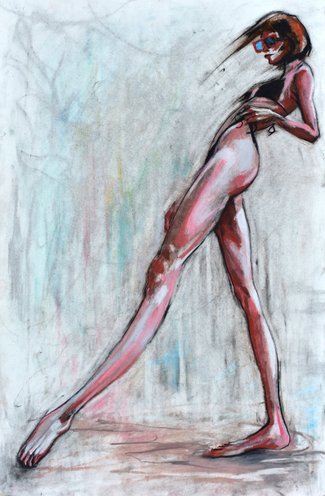 Matthew’s approach to creating is centred on the release of emotional energy. Focusing on movement in the body his works have an expressively moody quality bouncing between mediums of oil paint and charcoal. Such tools enable the artist to embark on a visual journey of multiple imagery in a quick ‘on and off’ method of application and subtraction. This allows Matthew to reach a state of mind where freedom overrules self-critique, before and during focus on his subject. The female figure has played a significant role as subject matter, in inspiring and motivating Matthew’s artwork, specifically the high fashion model figure.

Majority of their inspiration comes from pioneering designers such as Thierry Mugler, Alexander Mcqueen and Jean-Paul Gaultier, as well as imaginarily creative and surreal photographers such as Tim Walker. Always aiming to push boundaries and go one step further in pursuit of creating unforgettable experiences to draw from. 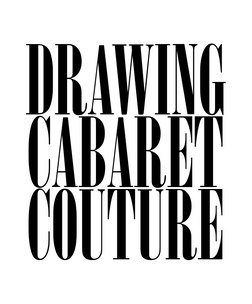